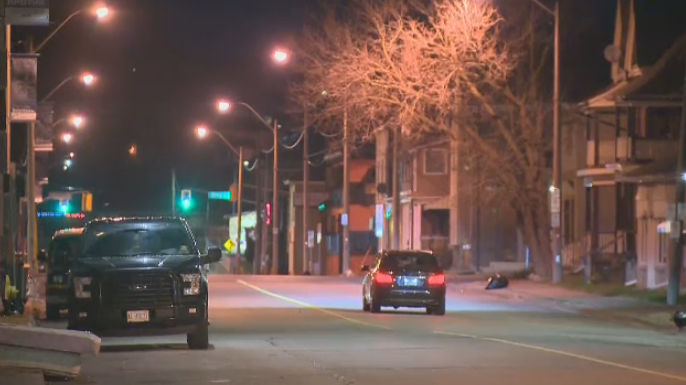 A 35-year-old Brantford man has been charged with attempted murder after an assault that sent a 68-year-old man to hospital with life-threatening injuries.

Brantford police say the accused was arrested late Monday afternoon, a day after the serious assault at a Market Street home.

Police say he’s also charged in a second assault, which they say officers were called to around 9:30 a.m. Sunday – just an hour after they responded to the first one.

In the second incident, which happened at a Morton Street home, a 25-year-old man was transported to hospital with non-life-threatening injuries.

Canadian Actor Ryan Reynolds dropped by a Toronto college on Wednesday, surprising students in the midst of a school project.

A team of preteen Ukrainian refugees that have been scattered across Europe by war arrived Wednesday in Quebec City, where they'll get the chance to compete in a renowned hockey tournament.

Nearly a year since Russia's invasion of Ukraine, community organizers say there is still work to be done to help the thousands of Ukrainian refugees looking to start a new life in Canada while coping with the hardships they've faced coming here.

After a radioactive capsule went missing in Australia, could the same happen in Canada?

After a tiny radioactive capsule went missing in the Australian outback, an expert in Canada says the likelihood of the same happening in this country is unlikely, given our strong regulations governing the handling of radioactive materials.

As Black History Month gets underway, Canada Post has unveiled a new stamp honouring Chloe Cooley, a young Black woman who was known to challenge her enslavement in the late 18th century.