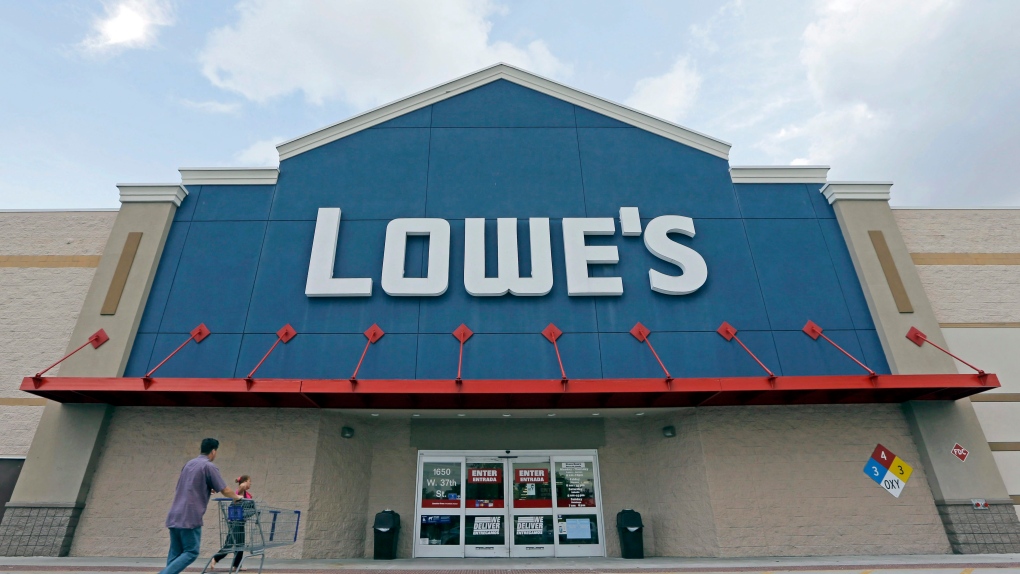 KITCHENER -- An employee at a Lowe's store in Brantford tested positive for COVID-19, and now more than two dozen others are under quarantine.

A Lowe's Canada spokesperson confirmed on Monday afternoon that the employee at 215 Henry St. tested positive for the virus.

The employee last worked at the store on June 30.

The company confirmed to CTV Kitchener that about 25 employees who were found to have been in close contact with the infected person have been put on preventive, paid quarantine at home.

Now they're advising anyone who visited the store between June 23 and June 30 to monitor for symptoms until July 14.

The company says it carried out extensive cleaning and disinfecting on July 5 after the store closed and reopened the following day.

To date, the Brant County Health Unit has identified 124 confirmed cases of COVID-19, including 118 resolved ones and four deaths.

That leaves just two active cases in the county.