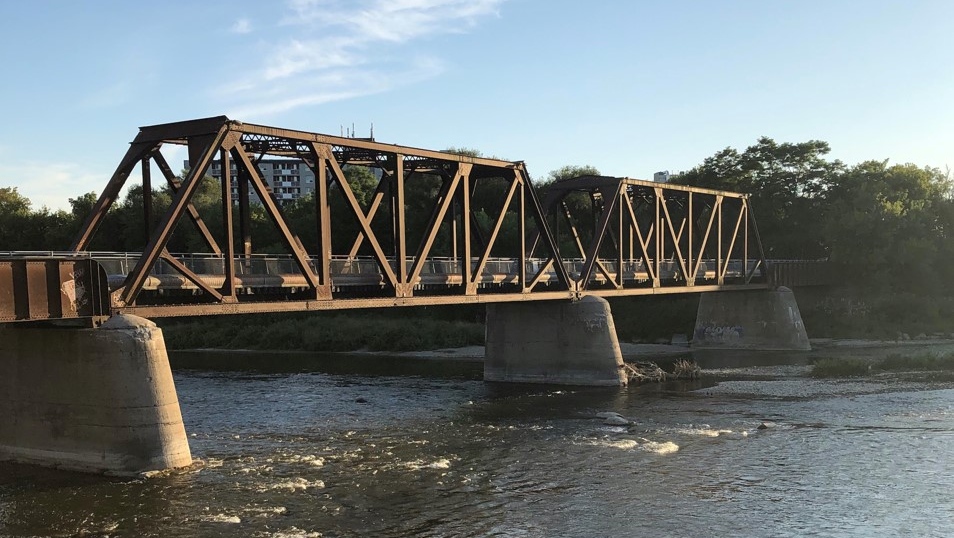 Brant's Crossing Bridge has reopened after it was damaged during the Feb. 2018 ice jam. (Photo provided by City of Brantford)
KITCHENER -

A pedestrian bridge in Brantford, that's been closed for nearly four years, has now reopened.

Brant's Crossing Bridge was damaged during an ice jam in February 2018.

The city said it closed the bridge, which runs over the Grand River, so they could conduct a comprehensive structural analysis and make repairs.

That included reinforcing the bearings, replacing deck panels and parts of the fencing around the bridge.

"I know the community has been waiting for the bridge to reopen ever since the extreme weather event in 2018 forced the city to close it for public safety reasons," said Mayor Kevin Davis in a news release. "As a historically significant and iconic crossing over the Grand River and an important part of Brantford's trail network, I am thrilled it is open for the community to use and enjoy the spectacular views once again."

The city says it also conducted an environmental assessment on the Lorne Bridge and the TH&B Crossing Bridge.