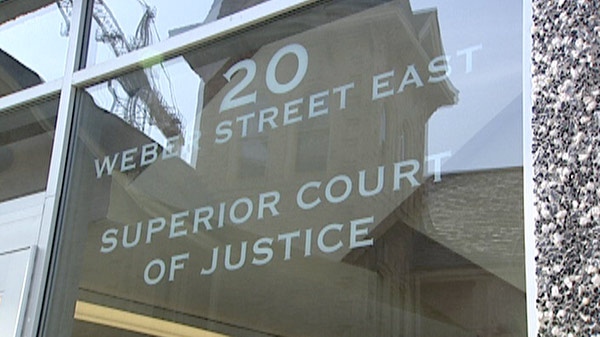 After nearly a day and a half of deliberations, a jury in Kitchener has found two men guilty on two counts each of aggravated sexual assault.

The men, 26-year-old Noel Bowland of Kitchener and 31-year-old Steven Boone of Ottawa, were accused of not telling their sexual partners about their HIV-positive status.

“Justice was done and that’s all I can ask for,” said Crown attorney Andre Rajna.

“I’m happy that the jury obviously worked hard. They took their time and made a careful decision.”

The case centred around an incident in March 2010, where the two men were involved in a foursome. Afterwards, Boone mentioned his HIV-positive status in a text message.

Lawyers for Bowland and Boone had argued that their clients disclosed their status before the foursome, saying the victims – who cannot be named due to a publication ban – consented to the sex regardless.

The defence lawyers said they were surprised the jury returned a guilty verdict.

“I’m a little shocked and I’m very disappointed. I know my client and his family are devastated,” said Cynthia Fromstein, Bowland’s lawyer.

Fromstein and Scott Reid, who represented Boon, said they don’t believe there was enough evidence for the jury to return a guilty verdict.

“I just felt that the complainants lacked credibility on the crucial issues in the case,” said Reid.

Boone was found guilty of a similar crime in November in Ottawa.