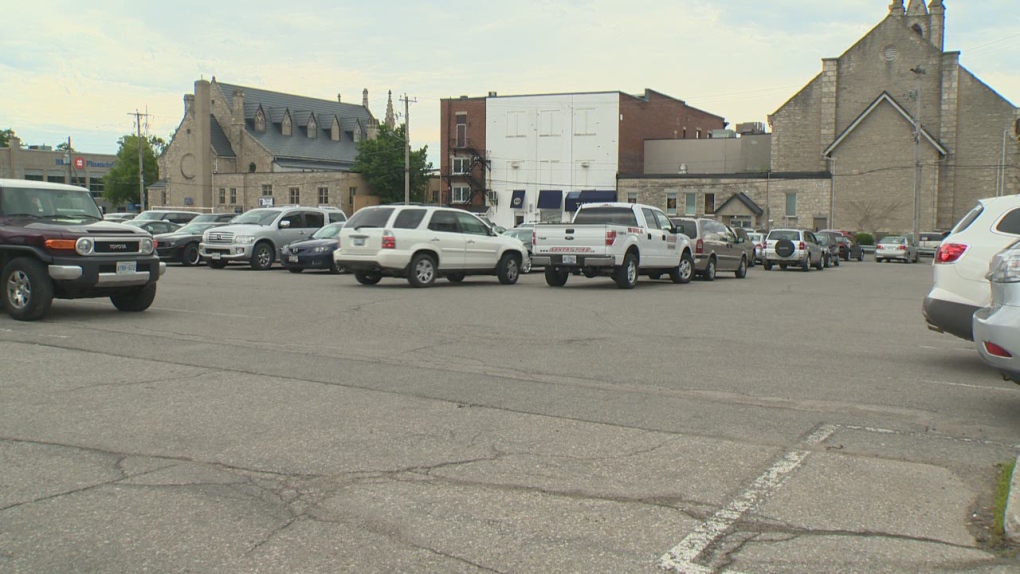 On Wednesday, council unanimously approved a plan for a new public library and two new high rises on a lot on Baker Street.
Guelph -

Bone fragments were discovered under the Baker Street parking lot in Guelph as archaeological consultants prepare the site for development, officials say.

On Friday, city officials said the consultants will exhume bone fragments from a grave. The consultants found them while working to prepare the Baker and Wyndham Street lots for archaeological clearance.

The discovery comes as part of the Baker District redevelopment project, which is planned to begin in spring 2022.

A full excavation of the Baker and Wyndham Street lots is required by the province before construction can began.

"The City is following an established process for managing discoveries of human remains including notification to appropriate agencies such as Guelph Police Services, partner Indigenous governments and Provincial ministries," reads a release from city officials. "The City will also share public updates on progress and discoveries of remains every two weeks until the work is complete."

Any remains found during the excavation will be documented and reinterred at Woodlawn Memorial Park, the city said.

Dozens of graves were previously found at the Baker Street location.

According to the city, what is now the Baker Street parking lot was originally an all-faith public burial ground in the early 1800s.

In 2016, city crews discovered human remains and coffin hardware. Years prior, sinkholes had revealed other graves in the vicinity.

Earlier this summer, the city approved plans to redevelop the Baker Street lot.

The site will be transformed into an "accessible integrated civic hub" dubbed the Baker District and will feature a new Guelph Public Library branch, residential units, commercial space and public parking.