Body identified as that of Brenda Duncan: police 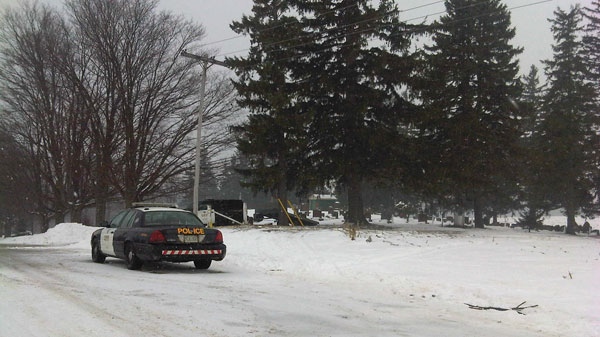 OPP vehicles are seen in the area where the body of 57-year-old Brenda Duncan was found near Tavistock, Ont. on Tuesday, Jan. 18, 2011.

Woodstock police have confirmed that the body found near Tavistock on Tuesday morning is that of missing 57-year-old Brenda Duncan.

The female body had been found about half a kilometre from where her vehicle was located at the McTavish Cemetery on Sunday afternoon.

Duncan had been missing since Jan. 11, when she left home for work, though she had already called in sick to her job as a social worker.

No details have been released on why the mother of two might have been in the area, which is about 20 kilometres from her Woodstock home.

Family and friends have described the disappearance as uncharacteristic, and police continue to investigate, though no evidence of foul play has been found.

An autopsy to determine cause of death is expected later this week.