KITCHENER -- Blowing snow in Waterloo Region and Wellington County resulted in some messy conditions on the roads on Monday.

Environment Canada placed Waterloo Region as well as southern and northern Wellington County under a blowing snow advisory around 11 a.m. Monday. The advisory was lifted by Tuesday morning.

Officials had warned that the conditions could cause visibility to suddenly reduce to near zero.

Waterloo Region and Wellington County also remained under a special weather statement on Monday as strong west-to-northwesterly winds gusting up to 80 km/h were expected to develop in the areas, before diminishing in the evening.

Environment Canada also issued a snow squall warning around 10 a.m. on Monday for the areas of Stratford, Mitchell, Listowel, Milverton, Goderich, Bluewater, Wingham, and Blyth. The warnings were lifted by Tuesday morning.

According to the agency, the heavy snow was expected to combine with strong northwesterly wind gusts of up to 80 km/h resulting in whiteouts.

They said the squalls could cause weather conditions to vary, changing from clear skies to heavy snow within just a few kilometres.

Highway 400 shut down near Barrie due to a pileup involving dozens of vehicles. Police said there were no critical injuries reported, but some people suffered head and neck injuries.

Highway 401 westbound was blocked near Highway 8 due to a collision on Monday afternoon. However, officials at the scene said it wasn't related to the weather and a trailer rolled on the ramp. 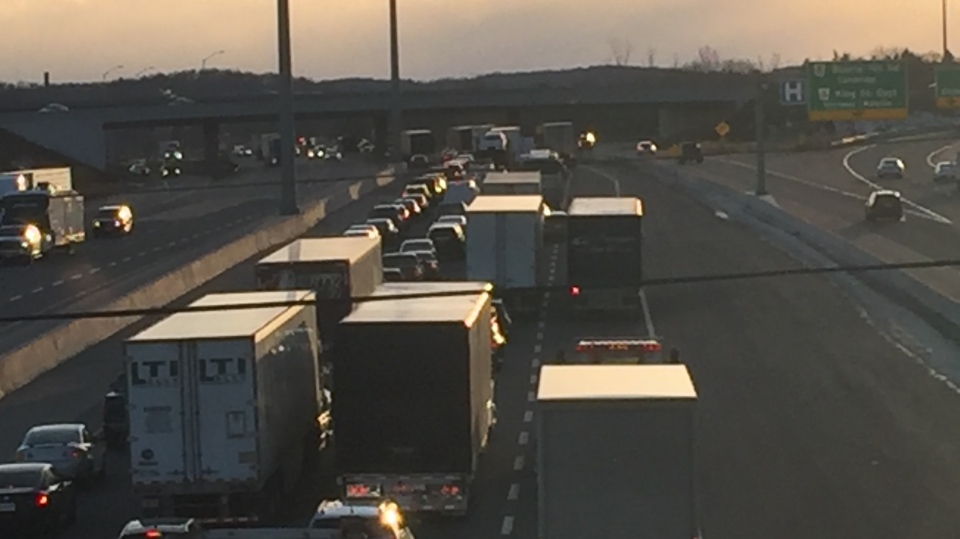 A tractor-trailer slid off the road in Wellesley due to glare ice and an extreme crosswind. 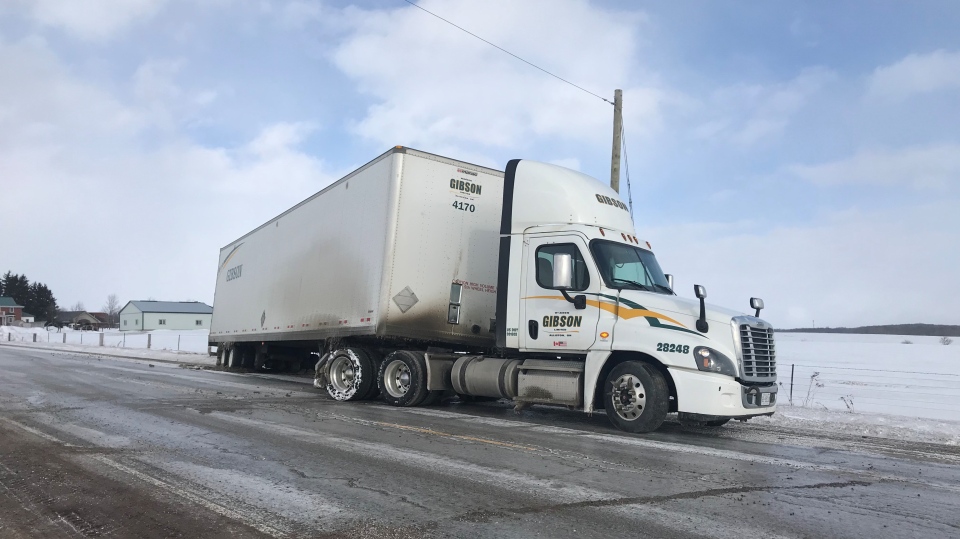 Snowfall amounts between 20 and 35 centimetres were expected in the Huron and Perth Counties by the time the snow squalls weakened Monday night.

Environment Canada had advised motorists to be prepared for winter driving conditions and adjust their plans accordingly.