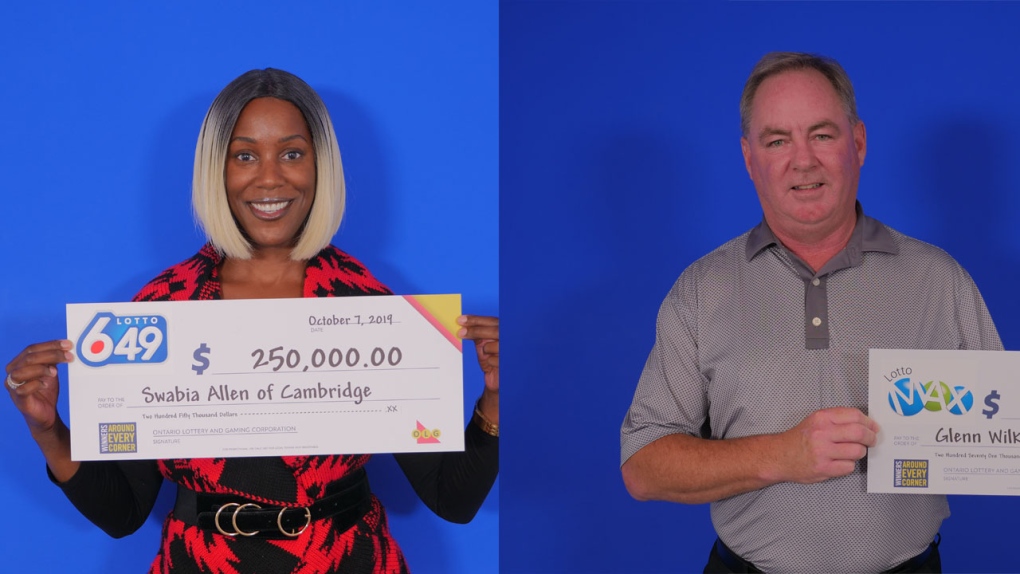 Swabia Allen, left, and Glenn Wilkinson in photos from the OLG.

KITCHENER – Two people from the region are celebrating after winning a quarter million dollars or more each.

A news release from the OLG says Glenn Wilkinson of Kitchener is heading on vacation after he won $271,449.10 in last week's LOTTO MAX draw.

He matched six of seven numbers and got the bonus, which he found out when his wife scanned the ticket.

"This is a life changing event," said Glenn. "It’s awesome!"

He also says he's going to pay off some debt.

His winning ticket was purchased at Mac's on Battler Road in Kitchener.

The OLG also announced that a winner from an April prize draw has claimed her prize.

That ticket was purchased at T&T on Warden Avenue in Markham.