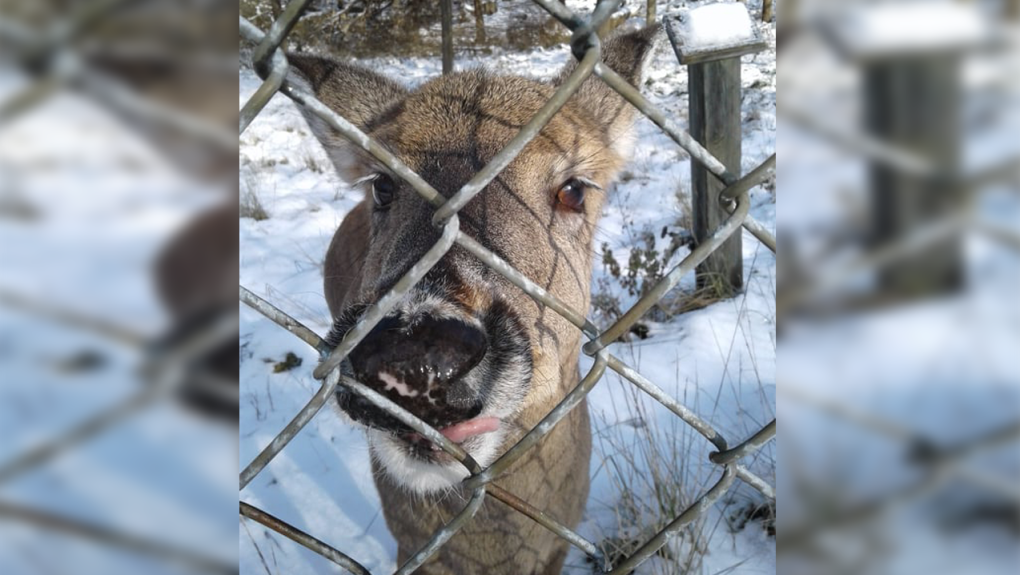 Lady Churchill, who lived in Churchill Park in Cambridge for more than two decades, has died. (Source: City of Cambridge)

KITCHENER -- A beloved deer at a Cambridge park has died of natural causes.

The city says that Lady Churchill died Wednesday of natural causes. She had lived for more than 20 years, longer than most white-tail deer.

She was brought to Churchill Park in the late 1990s with four sibling deer who were orphaned by a car accident.

They stayed in the park's enclosure even after the park's petting zoo shut down more than 10 years ago.

About a year ago, Cambridge residents took to social media calling out the city over concerns that the deer was malnourished.

But the city says that the deer was receiving regular check-ups. She was also hand-fed by staff.

According to a web page on the University of Wisconsin College of Natural Resources' website, the life span of a white-tailed deer in captivity is between six and 14 years.

Her veterinarian, Dr. Peter Rich, explained that her fur was patchy because she was shedding her winter coat.