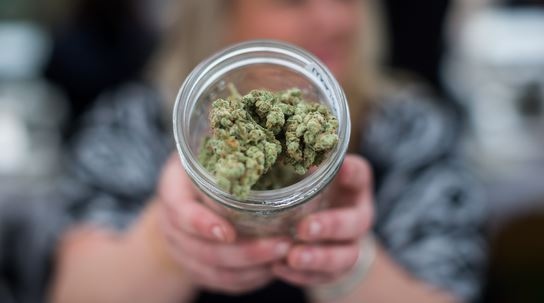 KITCHENER -- The Alcohol and Gaming Commission of Ontario announced Tuesday that Cannabis store will now be able to offer delivery and curbside pick-up during the COVID-19 pandemic.

According to a press release from the AGCO, the Provincial Government introduced this new temporary measure in an emergency order on Tuesday.

CEO and Registrar of the Alcohol and Gaming Commission of Ontario Jean Major says this will help in the fight against the illegal cannabis market, while also providing a safe product for cannabis users.

“We’ve been working closely with the Government of Ontario on ways to support cannabis retail store operators and legal recreational cannabis consumers since the stores were ordered to close following a provincial order declaring a state of emergency," said Major in a press release.

Major adds, that the order will last for 14 days, with the possibility of an extension, if the government’s Emergency Order on business closures is extended.

During this time there will also be a pause on the issuing of new retail store authorizations.

Authorized cannabis stores will now be allowed to deliver, and offer curbside pick-up of cannabis and other items from Monday to Sunday, between 9:00 a.m. and 11:00 p.m.