Assault charges against a former Kitchener teacher accused of taping students with masking tape were withdrawn in court on Wednesday.

The teacher’s lawyer confirmed to CTV News the charges were dropped at the request of the Crown after she agreed to enter into a common law peace bond – a court order used to keep someone from committing or recommitting a breach of the peace.

She also resigned from the Waterloo Region District School Board, the lawyer said in an email.

In November, police announced they had charged the 53-year-old woman with two counts of assault after an investigation into “allegations she taped two children with masking tape while in the classroom.”

The alleged incidents happened at Alpine Public School in Kitchener.

The criminal investigation started on Oct. 22, after police received a report from Family and Children’s Services of Waterloo Region.

The families of both children spoke to CTV News Kitchener in the fall. One family said the teacher taped their child to his desk. The second child said the teacher used tape as a punishment on him three times.

CTV News reached out to Waterloo Region District School Board. The board would not answer questions in an on-camera interview and instead posted a video statement to social media late Wednesday afternoon. 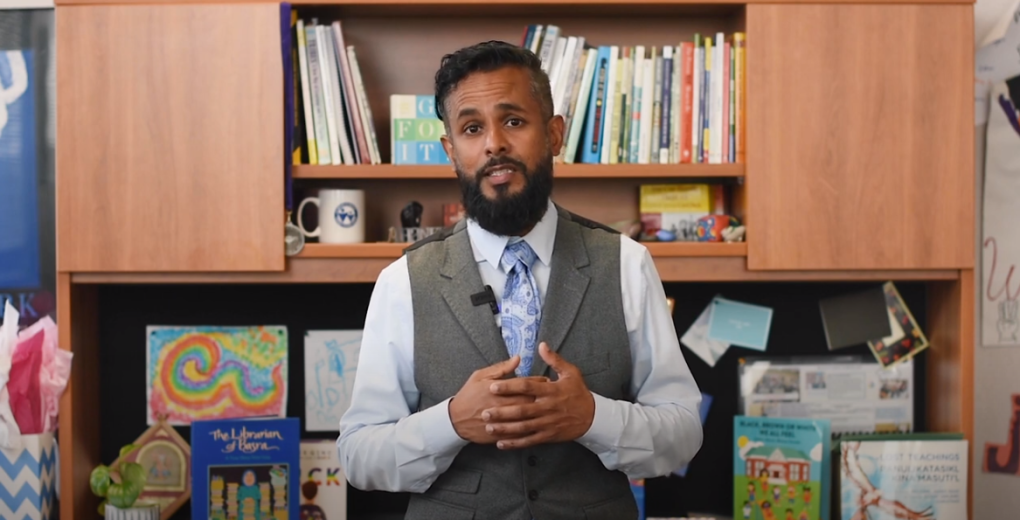 Director of Education jeewan chanicka appears in a video entitled "WRDSB statement regarding student safety" posted to YouTube on May 18, 2022. (WRDSB/Youtube)

“The WRDSB cannot comment on the court ruling,” Director of Education jeewan chanicka said in part in the statement. “What we will say and what we do need to say is that we know that there will be some parents in our community, especially parents of Black, Indigenous and racialized students who are wondering who will ensure the safety of their children when they send them off to school.”

chanicka said the board is committed to addressing systemic racism and ensuring the safety and well-being of students.

CTV News reached out to the families involved. One of them declined to comment. The other did not reply before airtime.

BREAKING | At least 6 dead, 24 wounded in shooting at July 4 parade

At least six people died and 24 were wounded in a shooting at a July Fourth parade in the Chicago suburb of Highland Park, and officers are searching for a suspect who likely fired on the festivities from a rooftop, police said Monday.

'He was a hero': Family says Ottawa man killed in fatal collision sacrificed himself

The family of an Ottawa man killed in a Canada Day crash in the west end says Tom Bergeron died exactly as he lived: selflessly thinking of others before himself.

A pair of new reports from the Bank of Canada point to rising inflation expectations by Canadian businesses and consumers. In its business outlook survey released Monday, the central bank said businesses' expectations for near-term inflation have increased, and firms expect inflation to be high for longer than they did in the previous survey.