A Waterloo man who suffered serious injuries in a weekend house fire is expected to face charges relating to arson and drug production.

The fire broke out around 4:40 p.m. Saturday, in a home on Christopher Drive in Waterloo.

Neighbours said they heard what sounded like several explosions before the fire began.

“It sounded like firecrackers, like a pop, pop, pop – and then it was a bang, and then a couple pop, pop, pops after that,” neighbour Ken Arnett told CTV News. 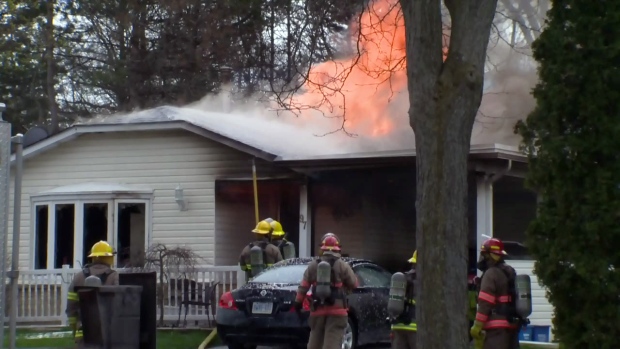 One person was seriously injured when fire broke out inside a home on Christopher Drive in Waterloo on Saturday, April 30, 2016.

Firefighters responded, finding heavy smoke and flames which at one point shot through the home’s roof.

They also noticed something a little more unusual.

“They did notice a number of butane canister caps, which is indicative of an extraction lab,” Waterloo Regional Police Staff Sgt. Mike Haffner said in an interview.

“We suspect … that was happening inside the residence when the explosion occurred.” 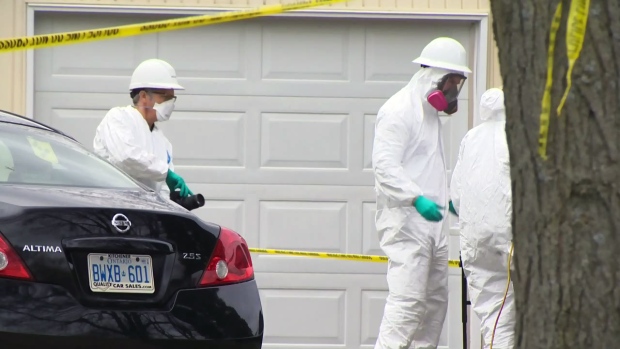 Officials investigate a suspicious fire on Christopher Drive in Waterloo on Monday, May 2, 2016.

The only person inside the home at the time was the 37-year-old son of the homeowners.

He was able to get out on his own, but was then airlifted to a Hamilton hospital with third-degree burns.

Police say charges of arson endangering life and drug production are pending against the man.

“We’re … going through the residence and trying to obtain as much evidence as we can,” Haffner said.

Police, firefighters and the Office of the Fire Marshal continue to investigate the fire.