Arrest made for series of break-ins at Guelph businesses 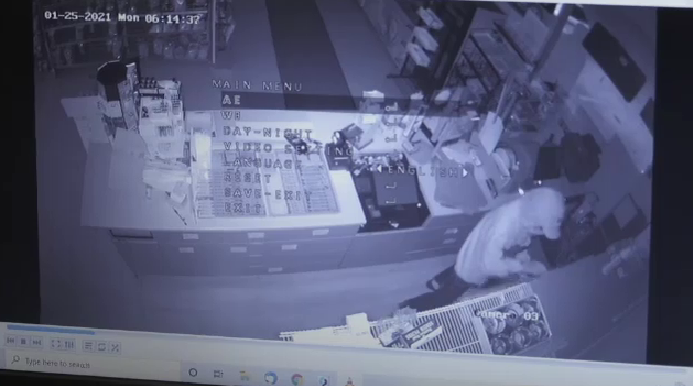 KITCHENER -- Guelph police have made an arrest in relation to a series of break-ins where the front doors to businesses were smashed in.

More than $23,000 worth of merchandise was stolen and over $5,000 of damage was caused during the incidents, which were reported within a 24 hour period last week.

Using surveillance video from some of the businesses, police identified a suspect. They say they believed the male was driving a white SUV that had been reported stolen from Waterloo Region in mid-January.

The SUV was reportedly seen being driven downtown by Guelph police shortly after 2 a.m.on Jan. 29 before it took off at a high speed. Officials say no pursuit was initiated in the interest of public safety.

Police say the driver of the SUV later gassed up and drove off without paying a short time later in Aberfoyle.

On Friday afternoon, Guelph police located the SUV at a parking lot near Victoria Road North and Hadati Road.

A male was seen approaching the vehicleandtried to run away, but was arrested after a short foot pursuit, according to officials.

A 35-year-old man with no fixed address has been charged with six counts of breaking and entering, possession of stolen property over $5,000, dangerous driving, driving while suspended, theft under $5,000, and eight counts of breaching probation.

He was held in custody for a bail hearing on Monday.