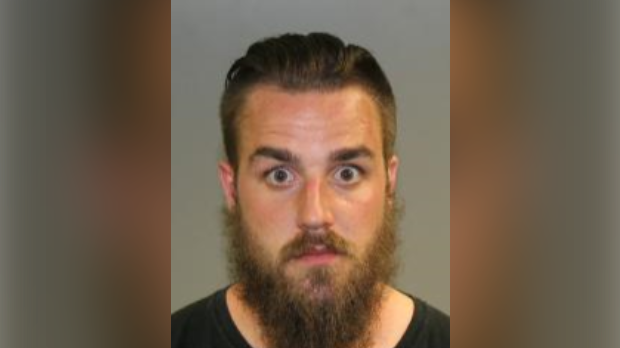 KITCHENER -- Guelph police say a man considered armed and dangerous has been arrested.

According to Guelph Police, Nicholas Olner, 28, was arrested in Belleville and will be transported to Guelph for a bail hearing.

On Oct. 7, Guelph police investigated a robbery at a hotel in the south end of Guelph, Police say a man, later identified as Olner, stole the woman's belongings and cash, and used a gun during the robbery.

Police say they have reason to believe Olner targets sex trade workers, and they believe he's committed similar offences before.

"It's been a very comprehensive investigation that's crossed over multiple jurisdictions," said Const. Kyle Grant. "As this investigation is ongoing, you get to learn things from other jurisdictions, similar things that have happened and through the information that we've gathered, we don't think this is potentially the first incident, that this male has done this type of thing."

Police believed he was at a home in the city of Brantford on Oct. 17. Brantford police went to the home around 4 p.m., and closed several streets and told residents to shelter in place. Olner wasn't located in the home, according to officials.