'Amazing that he only sustained minor injuries': Driver charged for going wrong way on off-ramp 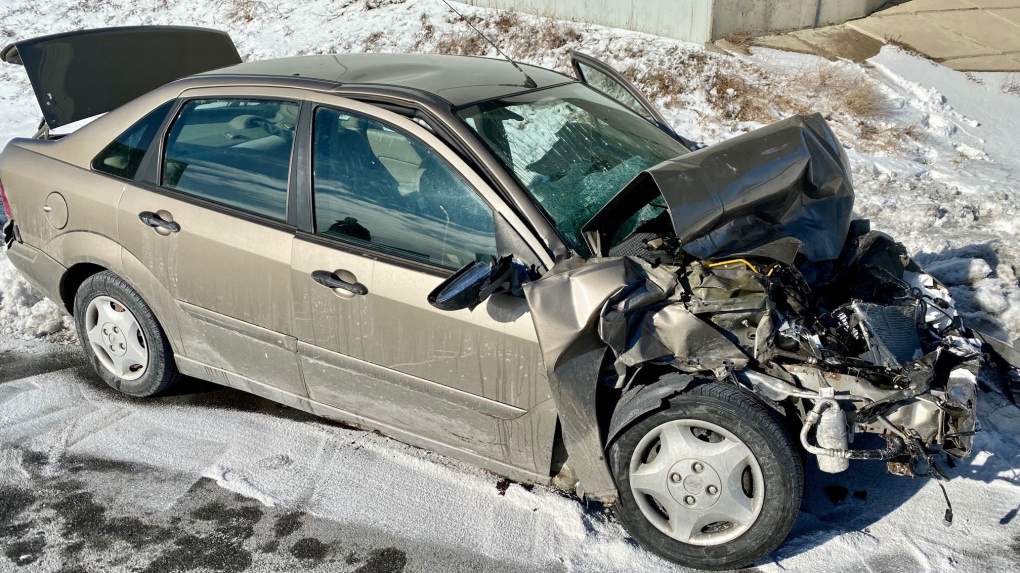 A driver has been charged after reportedly getting distracted and then driving the wrong way on a highway off-ramp in, causing a head-on crash.

According Sgt. Kerry Schmidt of the OPP, emergency crews were called to the Cambridge scene at King Street and Hwy. 401 Tuesday morning.

The driver was reportedly distracted by his GPS device and entered an off-ramp, drove past multiple "do not enter" signs, and collided head on with a pickup truck.

Sgt. Schmidt said it was, "amazing that he only sustained minor injuries."

A 25-year-old has been charged with careless driving.