Alleged impaired driver pulled from vehicle before it burst into flames 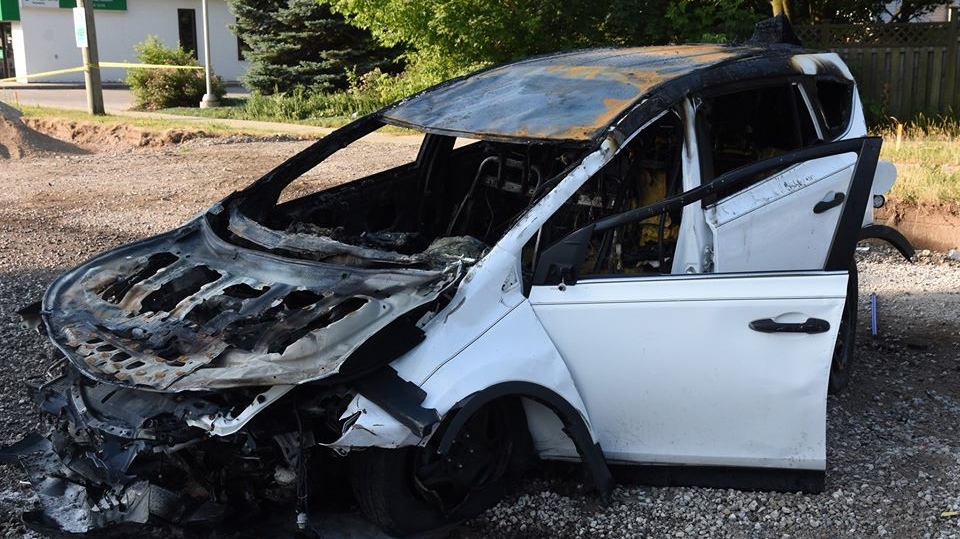 The driver was pulled from this vehicle before it caught on fire (Facebook: Waterloo Regional Police Service)

KITCHENER -- An alleged impaired driver was rescued from a vehicle before it caught fire after he drove it into a pile of crushed stone, Waterloo regional police say.

Officers were called to Coronation Boulevard in Cambridge around 3:10 a.m. Tuesday. According to police, a white Toyota RAV4 had been driving through the area at a high rate of speed.

Around 10 minutes later, the same vehicle reportedly drove through a construction zone on Dundas Street North at Elgin Street North. According to police, the car went airborne after driving over a pile of crushed stones before crashing back onto the road.

A citizen was able to pull the driver from the vehicle before it was engulfed in flames.

A 22-year-old Cambridge man was taken to hospital with minor injuries. He's been charged with impaired driving, dangerous operation of a vehicle, taking a motor vehicle without consent and driving while suspended.

Anyone who witnessed the crash or may have video of the incident is asked to contact police or Crime Stoppers.