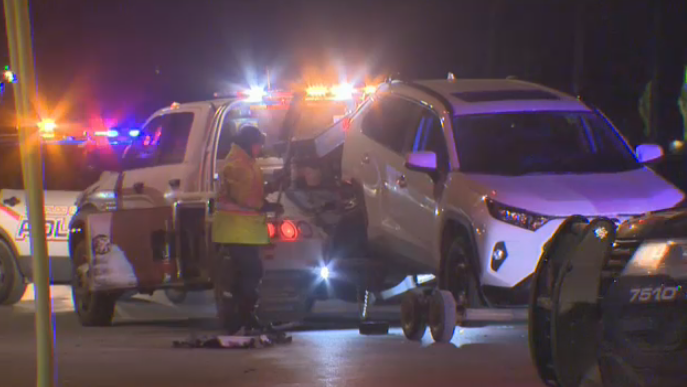 Police say they arrested an alleged impaired driver Saturday after a two-vehicle crash in Wellesley Township left one person with minor injuries.

Waterloo regional police told CTV News the crash happened around 5:20 p.m. at the intersection of Herrgott Road and Line 86.

One vehicle was stopped at a red light when it was rear-ended.

Police said one driver sustained minor injuries and the driver of the rear vehicle was arrested for impaired driving.

An investigation is ongoing to determine if charges will be laid.

The intersection of Herrgott Road and Line 86 was closed for the investigation but has since reopened.