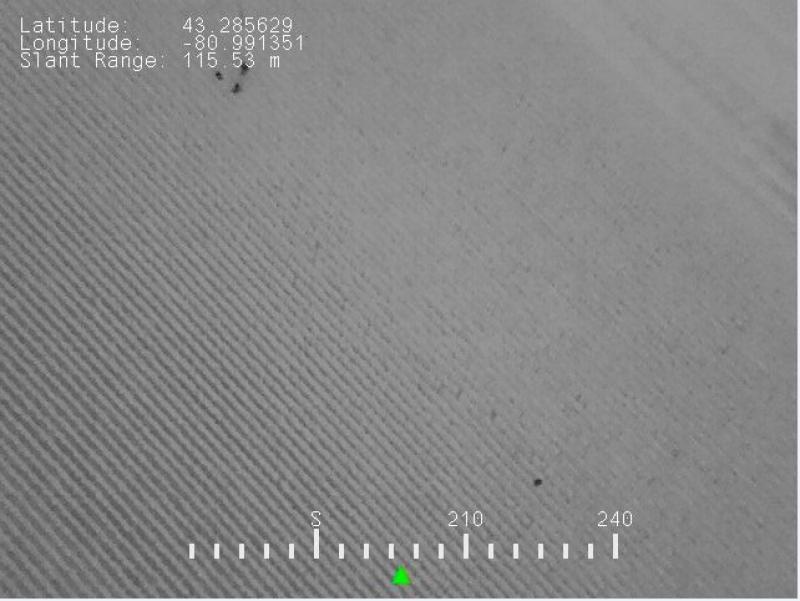 This image from a camera on an Aeryon Labs drone shows three police officers (top left) searching for a missing man with dementia (bottom right) in a Perth County cornfield. (Ontario Provincial Police)

A man with dementia who had disappeared was found within hours Friday night, thanks in large part to some new technology.

According to the OPP, the man went missing from an address in Perth County around 6 p.m.

Family members knew that the man had made his way into a nearby cornfield, and spent nearly two hours searching for him unsuccessfully before they called police.

Using that information, police were able to find the man – who had made his way about 30 metres into the cornfield. He was taken for medical treatment.