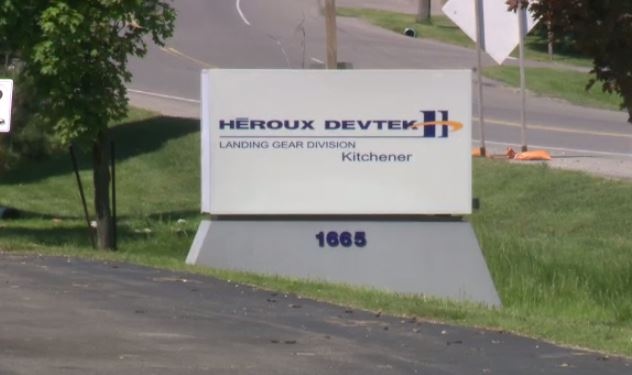 Heroux-Devtek Inc. says it will be cutting 90 employees from its workforce by the end of 2017 because some customers have announced reductions to the production rates for certain aircraft programs.

The announcement by the Montreal-area aerospace company (TSX:HRX), which makes landing gear for Boeing, Airbus and other aircraft manufacturers, was included with Heroux-Devtek's third-quarter financial results issued Tuesday.

Heroux-Devtek said the job cuts would be throughout its offices and plants but didn't provide any other details.

According to regulatory documents filed last year, the company employed about 1,400 people in Canada and the United States. Its head office is in Longueuil, Que., a suburb of Montreal.

The company estimated the workforce reduction will result in a $4.8 million expense to be recorded in the company's 2017 fiscal fourth quarter, which ends March 31.