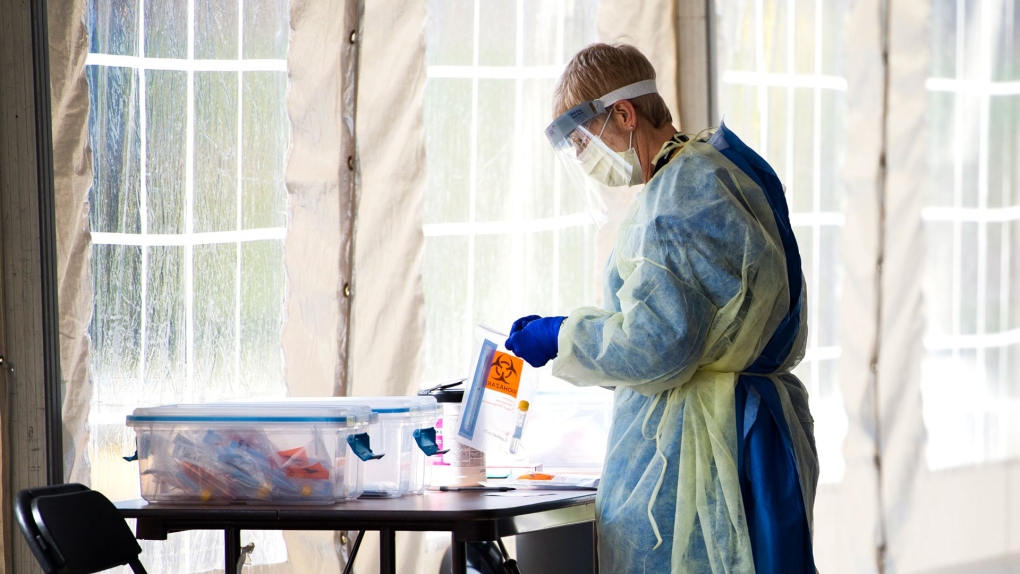 Health care workers do testing at a drive-thru COVID-19 assessment centre in Toronto on Tuesday, April 7, 2020. THE CANADIAN PRESS/Nathan Denette

KITCHENER -- To get a better understanding of the COVID-19 situation in Waterloo Region, the number of active cases is an important piece of data.

If the number of deaths and the number of recovered cases are subtracted from the overall case count, it gives a clearer picture of how many people that have been tested for the virus still have it.

But testing efforts are still focused on priority groups, like health-care workers and long-term care homes.

Region of Waterloo Public Health reports 897 confirmed cases as of May 8. Of those, 360 cases have been resolved and 101 were fatal.

That means the number of active cases is 434, or 48 per cent of all cases.

The total number of recovered cases climbed by 106 during the reporting period of May 2 to May 8.

That’s about 35 per cent more than the 68 recovered cases reported last week. 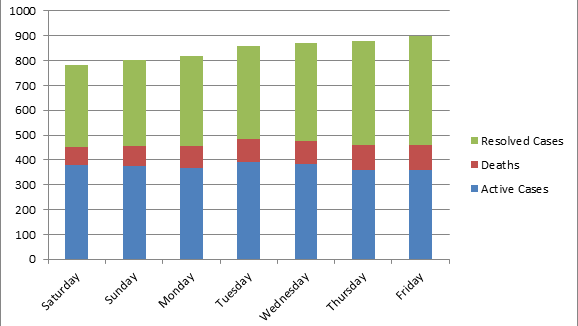 Despite a spike on May 5, when 43 new cases were reported, the average number of daily cases has remained more or less consistent over a two week period.

The average number of cases rose slightly between May 2 and May 8 to 17.7. 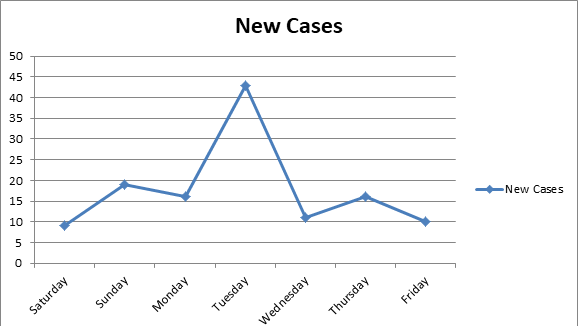 Since the first case was confirmed in Waterloo Region on March 5, the overall data shows the average number of new cases per day is trending downward.

Between April 11 and 17, officials were confirming an average of 31 new cases per day. 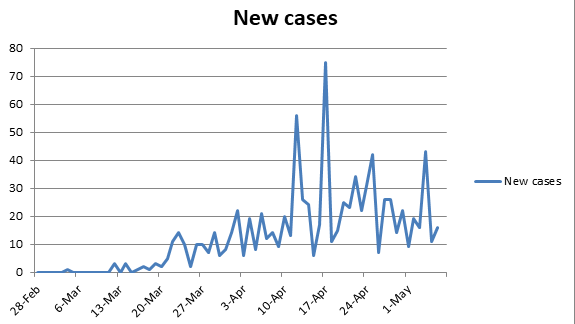 Another significant statistic compares how many of the cases are related to a facility outbreak, with those that are not.

The dark blue in the graph below denotes the cumulative number of COVID-19 cases in Waterloo Region that are not linked to a facility outbreak.

As of May 7, 369 confirmed cases are not related to a facility outbreak. That’s 41.1 per cent of all cases.

That means more than half of the Region’s confirmed cases—58.8 per cent—are due to facility outbreaks.

Public health officials have noted, though, that these numbers may be skewed because long-term care and retirement homes are considered priority testing groups because of their vulnerability to the virus. 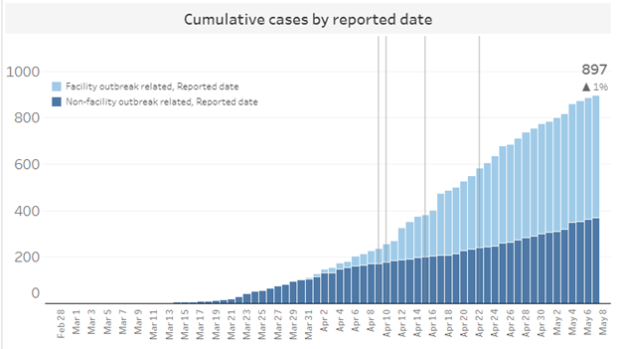