Rockwood celebrated a bright holiday tradition – with a country twist – on Thursday night.

The 30th Rockwood Farmers’ Annual Santa Clause Parade of Lights rolled through the village and hundreds of people lined the street to watch agricultural machines, decorated with Christmas lights, slowly drive through the community.

The event started in 1993 as a way to show off farm equipment used locally and was originally organized by the 3rd and 4th Line March Blahs Committee.

“The parade took three hours,” Walter Swanston, one of the parade founders, said. “We went all over town. It was quite a show.” 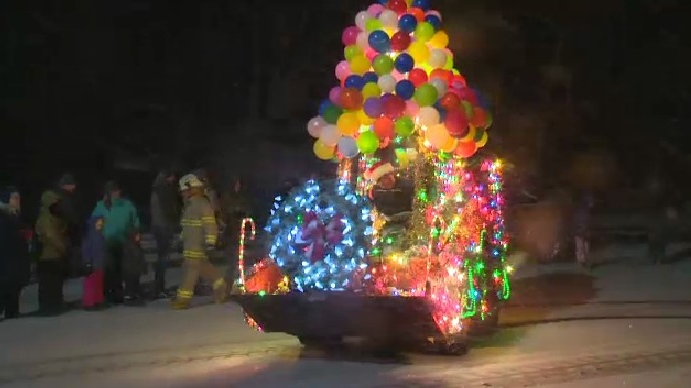 “Nobody disliked it, and so from there on we said: ‘Hey, we better do it next year,’” he explained.

“The people that are watching, in most cases, don’t know what the machines are and they all wonder who is driving them,” said Swanston. “So we have the family name on each one plus what the machine is.” 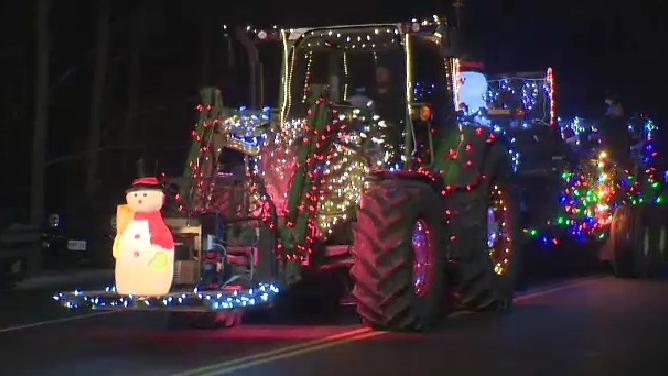 Ontario Provincial Police and the local fire department were also in Rockwood to help with traffic and keep people safe at the side of the road.

“Quite a few thought we should stop after 10 years, but even the municipality said: ‘Hey, you guys are doing such a great job and it’s the biggest shopping night of the year for the town of Rockwood, so keep going.’ So we did,” Swanston said.

Float owners said decorating the machines isn’t an easy task. For some, it takes around two days to make the transformation.

“I think it’s a bit of a competition between some of them,” Miller said. “They like to see who can put out the biggest float. But at the same time they really enjoy it and it’s a promotion of agriculture in the village of Rockwood.”

It's a competition that residents look forward to each year – even if they are still quite young. 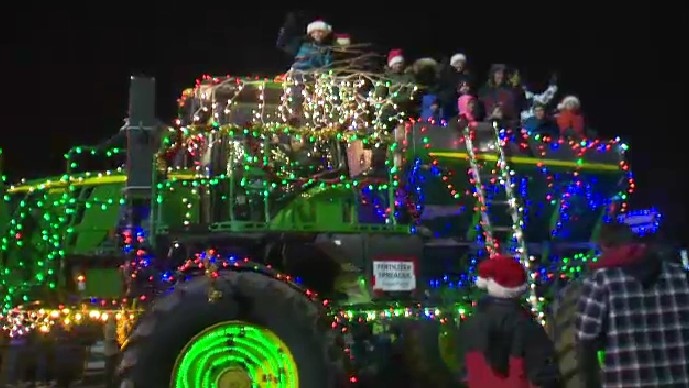 The Ontario Steam and Antique Preservers Association participated for their second time this year. They said it’s important people see the machines that are used to help feed people around the world.

“Where our food comes from is actually something people don’t think about,” said Joan Corradetti. “We have to save our farms, save our green spaces and support our local farmers.”

After years of continued success the parade is now being passed onto the Rockwood Farming Community Committee, who plan to keep the tradition alive year after year. 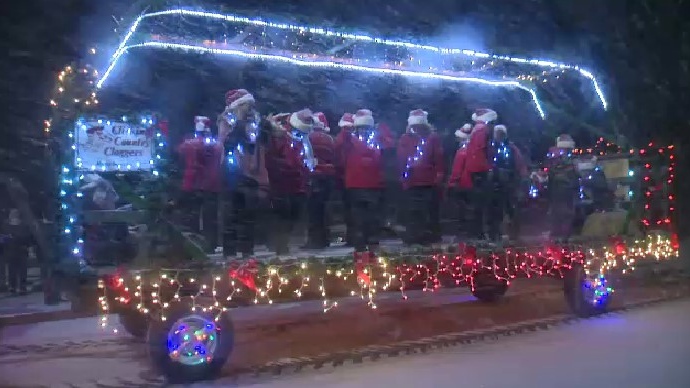 Two RCMP officers are accused of manslaughter in the 2017 death of an Indigenous man in Prince George, B.C., prosecutors announced Wednesday.

TREND LINE | Canada's health care crisis: Who's accountable, and how can we fix an overburdened system?

The former director of a zoo in southern Mexico killed four of the zoo's pygmy goats and served them up at a Christmas-season party, authorities said.