'A small step in the healing process': Hundreds gather in Guelph for vigil honouring Muslim family killed in London attack

GUELPH -- Hundreds gathered in Guelph for a vigil and walk Thursday night in remembrance of the Muslim family killed in an attack in London, Ont. earlier this week.

"To show that we are all in this together," one person told CTV News. "When one group is suffering, we're all suffering."

It comes in the wake of a violent attack more than 100 kilometers away that killed four members of the family and left a nine-year-old boy orphaned and in hospital.

Following speeches outside the centre, the group walked together, an act that has now taken on a deeper meaning.

"I've heard many first generation people, Canadians, who have already reached out and said we're taking off our head scarf or we're going to be less visible as a Muslim," said Iman Mubeen Butt of the Muslim Society of Guelph." 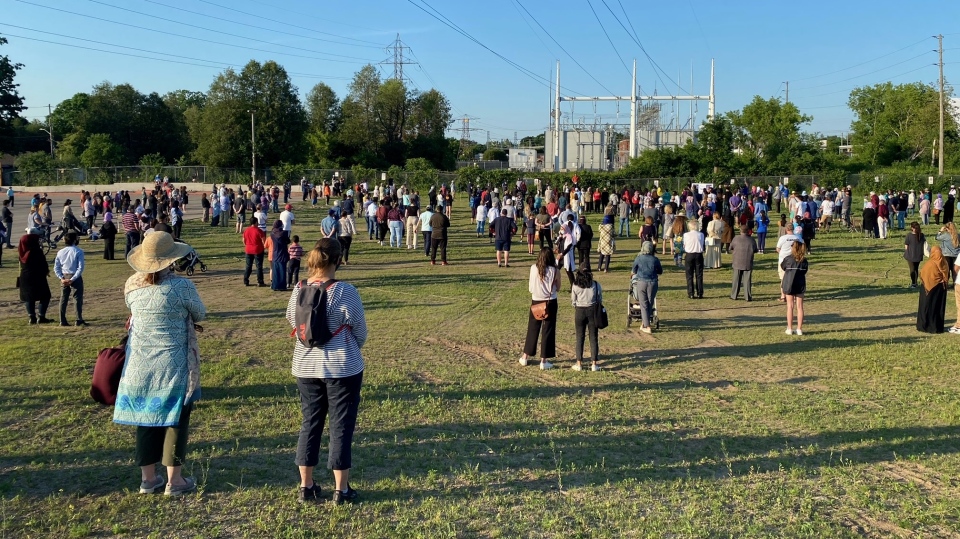 Many in the local Muslim community say the attack has hit close to home.

"It was devastating and especially when the family pictures started coming out because those pictures are so much like my family," Sara Sayyed with the Guelph Muslim Society said earlier Thursday. "Going to the park or going to the mall or taking public transit shouldn't be something that I have to second guess."

"We are a community in a state of fear right now, we're afraid to leave our homes," Jibran Khokhar, a Muslim community member, said prior to the vigil. "(The vigil) is a small step in the healing process, but I think it's a necessary step and I think hopefully it will help Muslims feel safe crossing the streets again with your families."

"By us taking a walk together again, we can or we are hoping to restore some of that confidence that there's indeed goodness," said Pastor David Tigchelaar. 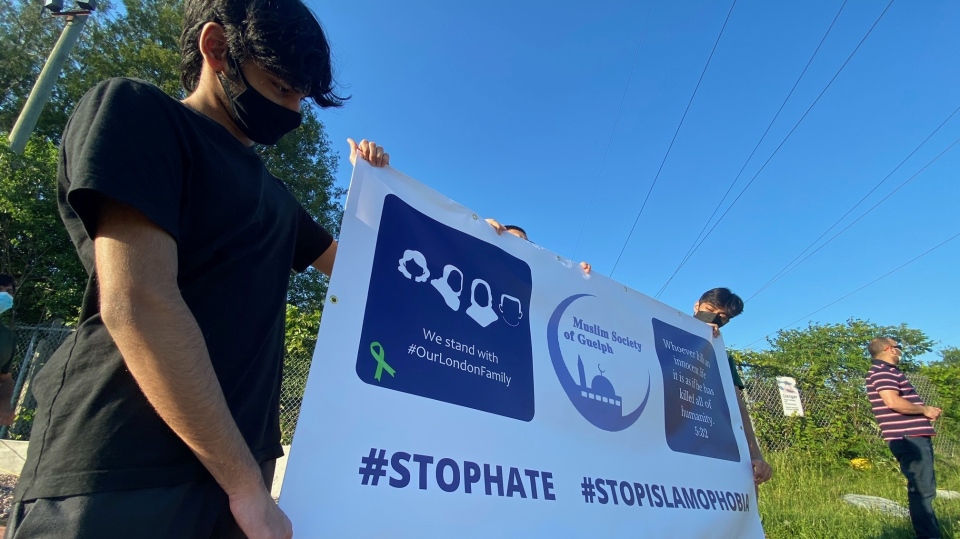 Beyond Thursday's vigil, the Muslim Society of Guelph is hoping for lasting change.

In lieu of candles and flowers, the Muslim society is asking for plant donations to create a memorial garden in honour of the family and all others who have been victims of Islamophobia.

They're also accepting monetary donations for an anti-racism resource fund.