'A piece of you is gone forever': Family mourns woman killed in crash near Burlington

KITCHENER -- A family in Kitchener is mourning the death of Ceara Publuske, who was one of two women killed in a car crash near Burlington on Tuesday morning.

"It doesn't feel real at first," her mother, Cyndi, said. "Your whole body aches, A piece of you is gone forever."

Ceara was driving a Mitsubishi Lancer on the Queen Elizabeth Way near Burlington on Tuesday morning. The vehicle crossed from the westbound lane into the eastbound lanes, hitting two other vehicles at Brant Street.

Her passenger, Courtney Duguay from Owen Sound, was also killed. Three other people were hospitalized with various injuries.

"They said 'She was in a really bad car accident' and I said "Is she dead or alive, I need to know,'" she said. "They said 'She's deceased.'"

Cyndi said her daughter was empathetic and kind.

"She was my adventure child, she was always trying new things and had great ideas," Cyndi said. 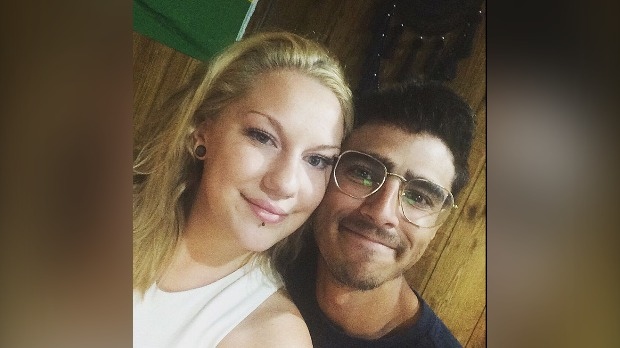 "We were laughing, we were having a good time," he said. "I made her dinner." He said he's still in shock, adding they had big plans for their future.

"We wanted to get married, we were talking about having children," Sousa said.

Cyndi and Sousa said Ceara will be remembered for her bright smile, kind heart and bubbly personality.

A fundraising campaign has raised thousands of dollars in just a day.

Police are still working to determine what caused the crash.

"I just hope she didn't suffer and she wasn't scared," Sousa said.

"I take each day one at a time and I let the grieving process happen," Cyndi said.

With reporting by CTV News Kitchener's Heather Senoran and CTVNewsToronto.ca