$93M recreation centre gets the greenlight in Kitchener 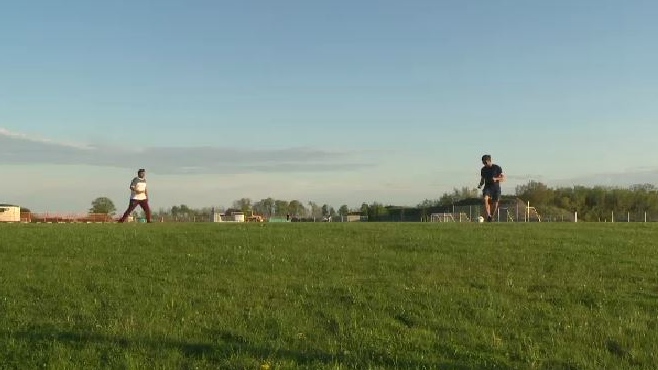 Councillors in Kitchener have given the go-ahead for a new $93 million recreation and aquatics centre in the city's Huron South neighbourhood.

It will be built at RBJ Schlegel Park, and be a big addition to one of the city's fastest-growing communities.

"As this city has grown exponentially, we need facilities like this," said Councillor Christine Michaud at Monday's meeting. "Yes, this is a lot more dollars than we anticipated spending, but I don't think holding it off any longer will serve anyone well."

The $93 million cost is more than double the original $39 million estimate.

City staff said rising construction costs and design changes are both factors in the increase.

Most council members pointed out that development charges – and not additional taxes -- will help offset the cost, nothing that it will be huge benefit to the community.

"The cost of this facility, although the costs have escalated, is being borne largely by the developers, not the tax base," said Councillor Scott Davey. "I think that's a really key factor that needs to be communicated clearly. The other thing I wanted to point out is, yes, it has escalated, but this area of the city is long, long, long overdue for its fair share of recreation amenities."

The city has secured $17 million in grant money for the project and another grant application is also under review.

The facility will also include new indoor turf space.

The next step will be the detailed design work, with construction expected to happen in 2024 and 2025.

After many yrs of careful planning by staff & 16yrs of strong advocacy by @gallowaykelly, @CityKitchener Council today strongly supported moving forward with construction of the Indoor Rec Complex & Aquatic Facility at #RBJSchlegelPark - serving all residents of our growing city! pic.twitter.com/Jxire4jPHO

Russian President Valdimir Putin was a target of mockery by leaders of the Group of Seven, as they sat around a table Sunday, commencing their three-day summit in Bavarian Alps, Germany.

Russia shattered weeks of relative calm in the Ukrainian capital with long-range missiles fired toward Kyiv early Sunday, an apparent Kremlin show-of-force as Western leaders meet in Europe to strengthen their military and economic support of Ukraine.