$53K in suspected cocaine seized after traffic stop in Brantford 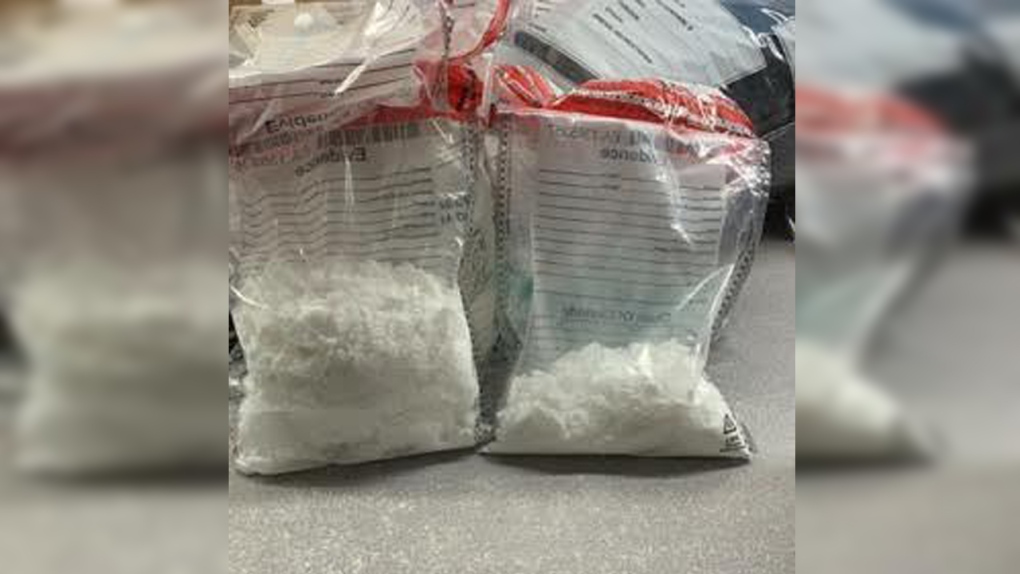 KITCHENER -- A 32-year-old man is facing several charges after a traffic stop that reportedly turned up tens of thousands-worth of suspected cocaine.

The Brantford Police Service said that officers stopped a vehicle near Colborne and Rawdon streets on the evening of Oct. 8.

According to a news release, police found that the licence plate on the vehicle was registered to a different vehicle, and didn't belong to the driver. Officers also said the driver was operating the vehicle without insurance or registration.

"Upon further investigation, Officers observed a significant quantity of cannabis readily available to the driver, which is in violation of the Cannabis Control Act," a news release said.

"A large quantity of suspected cocaine along with drug paraphernalia was also located within the vehicle."

Police impounded the vehicle and seized more than 530 grams of suspected cocaine with an estimated street value of $5,3890, as well as more than 80 grams of cocaine and some drug paraphernalia.

A 32-year-old Brantford man has been arrested. He's charged with a number of charges, including possession for the purpose of trafficking, possession over 30 grams of dried cannabis and possession of stolen property.

Police did not publicly identify the accused. The charges have not been proven in court.