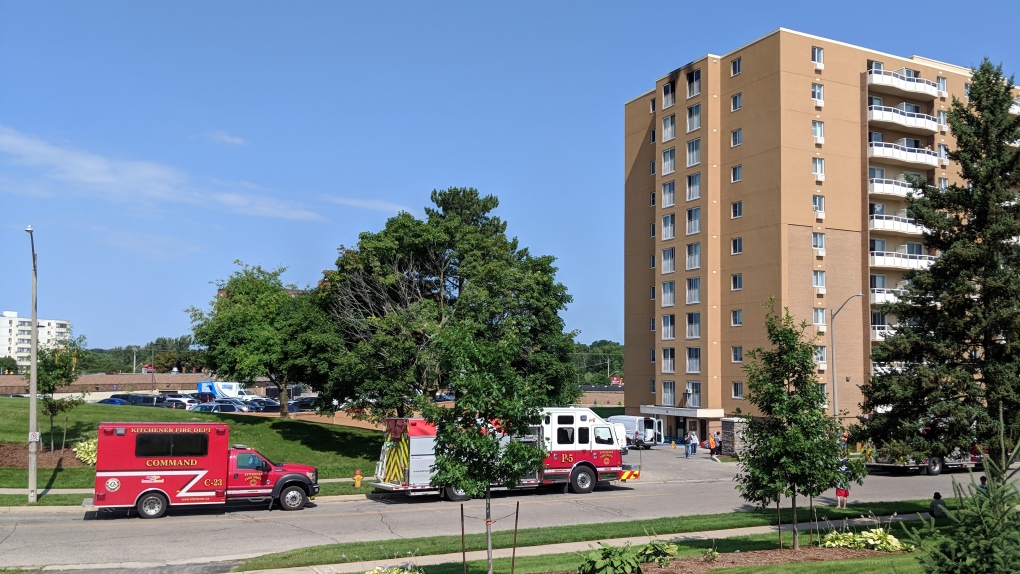 The Kitchener Fire Department responded to reports of a fire on the 11th floor of this building on Overlea Drive.

The Kitchener Fire Department responded to reports of a fire on the 11th floor of a high-rise on Sunday morning.

It happened at 10 Overlea Drive in Kitchener around 4:30 a.m.

One person was rescued and taken to hospital with minor injuries.

The fire caused extensive damage to the unit.

A malfunction with a standpipe system in the building also caused significant water damage.

"We estimate roughly between $500, 000 on the 11th floor alone and it could exceed five, six, seven hundred thousand dollars with the water damage," said Assistant Platoon Chief Carlin Riley.

Officials have estimated that 40 people were displaced as a result of the fire and water damage, and are being looked after by Red Cross.

Through the course of the investigation, it has been determined that the fire was caused by unattended cooking.

Firefighters could not locate a smoke detector in the unit.

“If there was a working smoke detector in this unit today the damage would have been a lot less,” Riley said.

Officials reminded the public to ensure that smoke detectors are present, working and have regular battery checks.

It was unknown how long residents would be displaced.

With reporting from Marta Czurylowicz.