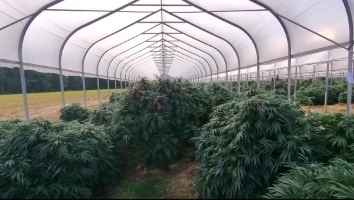 KITCHENER -- Provincial police have broken up an illegal cannabis operation in Norfolk County.

OPP say they seized cannabis plants with an approximate value of $2.1 million.

OPP say several of them attempted to flee from the property during the search.

They have not yet identified any of the accused, saying a full list of names and charges will be released in the next few days.

They also anticipate more arrests connected to their investigation.

OPP say the 27 people in custody have been charged with unlawfully cultivating cannabis.