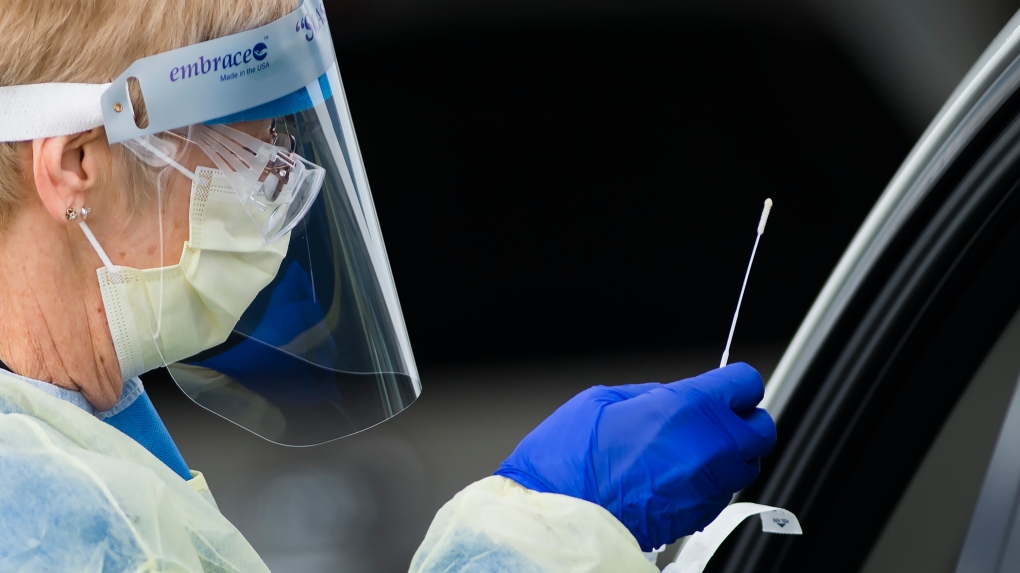 A health-care worker does a test at a drive-thru COVID-19 assessment centre at the Etobicoke General Hospital in Toronto on Tuesday, April 21, 2020. THE CANADIAN PRESS/Nathan Denette

KITCHENER -- The number of cases of COVID-19 in Waterloo Region rose by 12 on Sunday.

Public Health’s dashboard shows eight new cases, and another four are part of a revision of the previous day’s tally.

The total number of cases in the region now stands at 1,692, with 1,419 considered resolved.

Public Health says there are currently 10 outbreaks in the community.

The province, meanwhile, is reported its highest number of new COVID-19 cases since May 2.

The total increased by 491 on Sunday.

Most of the new infections were reported in four regions: Toronto, Peel Region, Ottawa and York Region.

In at least five other public health units, cases have climbed into the double digits.